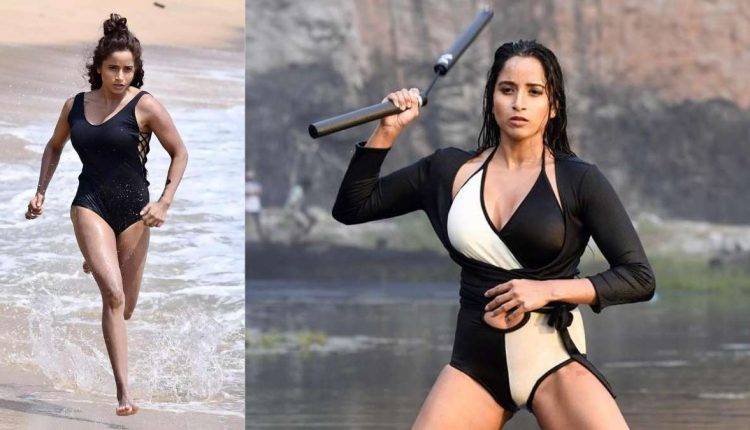 Ram Gopal Varma announced the release date of Ladki : Girl Dragon starring martial artiste turned actress Pooja Bhalekar as July 15. In a press conference at JW Marriott in Mumbai, the filmmaker also announced that the film will have the widest release simultaneously for any Indian movie, stating that the Chinese version of the film itself will release in over 40000 screens in China itself.

The film is also releasing in RGV”s fortresses in Andhra Pradesh and Telangana in Telugu apart from Tamil, Malayalam and Kannada.
“It is my most ambitious film till date. I have been a huge fan of Bruce Lee from my childhood days and was also into martial arts myself. But July 15 is the day when I realise my dream and release the film across the world. I even shot the film in China and have some Chinese actors in the movie and it is nothing short of a dream come true,” says RGV.

The maverick filmmaker even took a big leap signing on a martial artiste and trained her in acting rather than cast an actor and teach them basic skills. Pooja struck me as an awesomely talanted personality and also has the glamour element to add to her wonderful repertoire of martial arts. It was a no-brainer for me to cast her,” says RGV.

Pooja is thrilled to be the one who is manifesting RGV’s pursuit to make a film which perhaps is a cross between Rangeela and Enter The Dragon, Bruce Lee’s work. “It is a film about a girl who has to choose between her real love and her relentless pursuit of her love for Bruce Lee . I am glad that RGV sir chose me to make his dream of making a film on Bruce Lee ‘s philosophy with me playing a fan of Bruce Lee “ says Pooja.