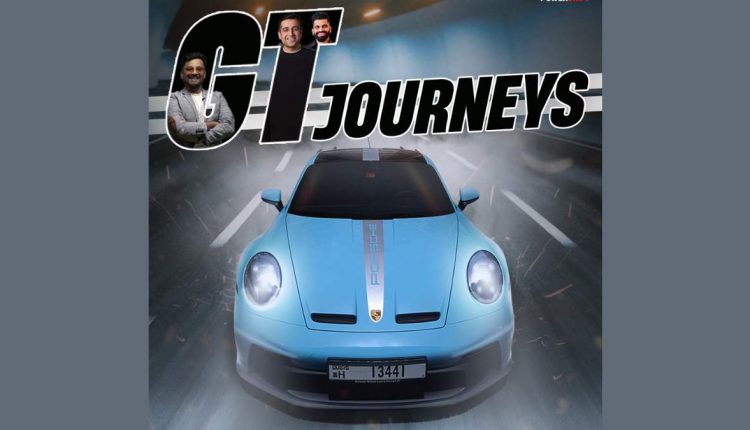 PowerDrift, one of India’s largest automotive content platforms by CarDekho Group, has forayed into the OTT world with the third season of GT Journeys streaming on discovery+ platform. Powered by realme, the latest season of Powerdrift GT journeys will see two petrolheads bring the thrill of supercars and hypercars from Middle-East-Asia to the viewers of Discovery+. The hosts fly to Dubai and Abu Dhabi and film some never-seen-before, high-octane adventures on flagship realme smartphones for the Indian automobile enthusiasts.

Speaking of the third season, Rohan Albal, Co-Founder and CEO, PowerDrift. “We have been passionately creating auto content for a decade for our 2.4M strong YouTube family and foraying in the OTT space with ‘GT Journeys’ in collaboration with realme, has been a huge milestone for PowerDrift. With a significant rise of automotive content consumption, the audience is now looking forward to having an experiential view on supercars across the world. GT Journeys streaming on discovery+ gives us the chance to reach the maximum number of viewers to engage with the adrenaline rush while witnessing some of the fastest cars in the world”.

‘GT Journeys’ gained widespread popularity after the initial seasons, published originally on the official YouTube channel of PowerDrift. The show has featured some of India’s most exciting road trips, supercars and automotive trailblazers. The third season already saw a whooping 9M+ views when it was published on YouTube earlier this year. With Discovery+, PowerDrift fans as well as OTT platform users will be able to enjoy the adrenaline rush as the supercars zip past the towering skyscrapers on to the deserted straights, merging with the horizon.

Tanaz Mehta, Head of Ad Sales, Warner Bros. Discovery, South Asia, said, “discovery+ has established itself as a premier destination for audiences across all ages to acquaint themselves with quintessential knowledge of varied topics. Our country has immense love and passion for automobiles, and it remains to be one of the key pillars of our economy. We are delighted to be streaming the third season of GT Journeys bringing fans closer to the world’s fastest supercars. Viewers are in for an exhilarating adventure with high octane sequences and exquisite details from the world of automobiles.”

Madhav Sheth, CEO – realme India, Vice President – realme and President – realme International Business Group said, “It gives us immense pleasure to see GT Journeys making its way to discovery+. The series is very special to us and what makes it even more special is that ‘GT Journeys’ with realme also marks the first series for PowerDrift in the OTT space.”

Each episode focuses on realme smartphones and a supercar, showcasing the features of each in a chic narrative with witty dialogue and clear voice overs. The episodes were filmed in the bright desert surroundings and the skyline of Dubai and are connected to the specialty the place has to offer, including its glitz, cars, cuisine and a whole lot of adventure.

‘GT journeys’ is being streamed on discovery+ as part of a unique partnership between Powerdrift and the Discovery network. The show will captivate and enthrall automotive super fans on the OTT platform.